In Pictures: Portlaoise College brings the house down with Lip Sync fundraiser

TAGSLip SyncPortlaoise College By Siun Lennon – 11th February 2019 Laois secondary school announces scholarship winners for new academic year RELATED ARTICLESMORE FROM AUTHOR Contestants in the Portlaoise College Lip Sync Battle brought the audience to their feet on Friday, February 8.The Midlands Park Hotel was the place to be as hundreds packed into the function room in the Portlaoise hotel for a night with everything from ABBA to the Village People.Unfortunately even with all of the terrific performances on the night there could only be one winner – and what winners they were.Performing two tracks from the smash hit movie ‘The Greatest Show’ the final act of the ten that performed on the night proved worthy winners.Predominantly made made up of people from Stradbally, parents Sinead Moran and Pauline Shaughnessy the driving forces behind it.Sinead’s twin sister Aisling Maher and her son Dean also taking part while so too did Pauline’s daughter Mary-Clare. The group also contained Lee Whelan, Eoin Gorman, Eimear Sinnott, Ann Mcgannon and Liz Molloy.The group came together to show that although people can be very different, if you are inclusive then everyone can have a role.They said: “We came together to show that even though we are all so different and we all have so much of our own baggage whether through ill health, mental health, stress or intellectual disabilities – it makes no difference.“Because on stage we are a bunch of amazing kind hearted unique individuals coming together as one and allowing the world to simply see ‘ME’ and mores so to be proud of who we are and what we have achieved.”After all the acts performed, voting commenced but it was unanimous between the judges – The Vows’ Damien Bowe, vice-principal Patricia Cullen and our very own Alan Hartnett who the winners would be.As MC Kenny Davy announced the decision, there were tears of joy on stage and in the audience when the winners were revealed and got to perform again.The Lip Sync Battle was being held to raise funds to build a brand new all weather pitch on their premises.You can view the winner’s performance here and see the photos down below: Facebook WhatsApp Council Pinterest Pinterest Community Charlie Flanagan on Electric Picnic: ‘I’d ask organisers to consult with community leaders’

Wealthsimple launches Sharia-compliant ETF BMO to launch six new mutual funds Lévis, Que.-based Desjardins Group is launching four mutual funds and one portfolio to provide more investment options that respond to an environment of market volatility, which includes a weak loonie and stagnant interest rates. “The four new funds and the portfolio we are launching give advisors a wider range of options so they can better meet the needs of their members and clients who want more personalized investment solutions,” says Éric Landry, vice president of investment solutions with Desjardins’ wealth-management division, in a statement released on Monday. Related news “Given the market volatility we are seeing, the low Canadian dollar (C$) and stagnant interest rates, investors should take advantage of their advisor’s guidance to optimize their investment strategies so they can plan for the future,” he adds. The new products include: > Desjardins American Equity Growth Currency Neutral Fund, which invests in American companies with the C$, thereby minimizing the effects of exchange-rate fluctuations on investment returns. > Desjardins IBrix Global Bond Fund, which seeks to increase income potential. > Desjardins IBrix Low Volatility Emerging Markets Fund, which looks to minimize portfolio fluctuations while benefiting from the growth of companies in emerging economies. > Desjardins Canadian Preferred Share Fund, which is designed to provide investors with dividend income to optimize net returns from the fixed-income portion of non-registered portfolios, while offering access to the preferred share market. > Melodia 100% Equity Growth Portfolio, which offers exposure to Canadian, U.S. and international markets. Photo copyright: maxkabokov/123RF Fidelity Investments unveils new climate-focused fund suite Share this article and your comments with peers on social media 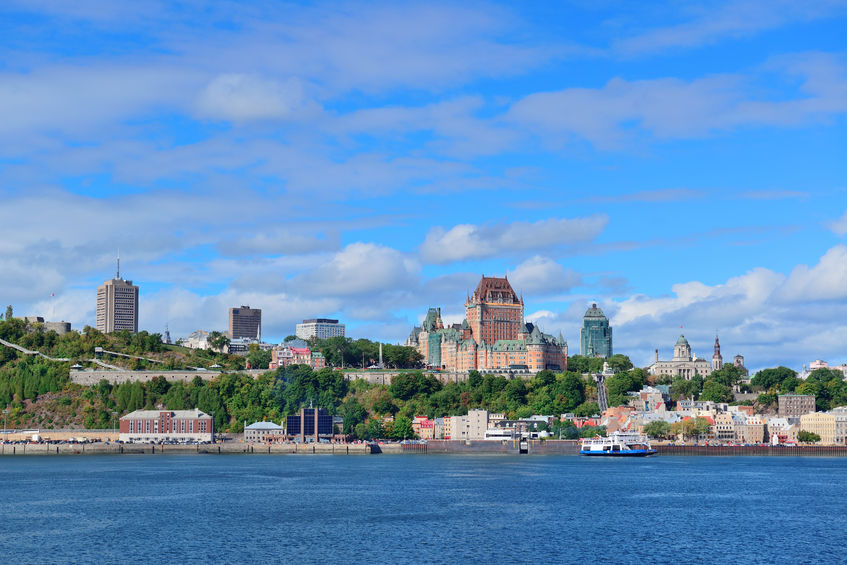 HomeNewsCity CouncilCity bans private wells pending new groundwater plan Aug. 18, 2018 at 5:01 amCity CouncilFeaturedNewsCity bans private wells pending new groundwater planMatthew Hall3 years agocity councilNewsThe fountain at Ken Genser Square in front of City Hall reflects the sunset. (File photo) The City of Santa Monica has temporarily outlawed construction of new private wells in the city while staff work towards adoption of a new set of rules governing the use of groundwater.Council approved a measure banning new construction or expansion of existing wells at their August 14 meeting until the City adopts a comprehensive groundwater management plan that specifically allows such construction.A Groundwater Sustainability Plan (GSP) is required by California’s Sustainable Groundwater Management Act and Santa Monica is in the midst of drafting the rules in partnership with City of Culver City, City of Beverly Hills, Los Angeles Department of Water and Power, and the County of Los Angeles.“In order to protect the city’s main water supply from overdraft, pollution, and contamination, the proposed ordinance would prohibit the installation of new private wells or the expansion of existing wells until two criteria are met,” said Sustainability Administrator Shannon Parry. “The first is a groundwater sustainability plan as adopted, and the second is that the construction of new wells, or the expansion of existing wells is expressly authorized in the groundwater sustainability plan.”According to City Staff, well construction was handled by the County of Los Angeles Department of Public Health’s Environmental Health Division prior to the new moratorium. No rules were in place to prohibit private or commercial wells and once built there is no limit on the amount of water a private well can consume.While staff only know of one private residential well in the City, they said unregulated construction in the future could jeopardize the city’s ability meet the needs of all residents if the wells lowered the overall amount of water available. They are also concerned that unregulated private wells would make it impossible for Santa Monica to become water self-sufficient.Mark Gold, chair of Santa Monica’s Task Force on the Environment, asked Council to go a step further and make the ban permeant because he said the aquifer belongs all residents and the City and it really shouldn’t be allowed for private use at all.“As you will see next month, Santa Monica has tremendous challenges in meeting the self-sufficiency goals that this council has laid out for them,” he said. “Any private pumping of Santa Monica’s precious groundwater resources will make compliance with the self-sufficiency goal that much harder. Although there aren’t many Santa Monica users right now of our local aquifers, the demand for this resource could grow tremendously over time, as we are seeing the availability of imported water from metropolitan water district is under increasing pressure, as we’ve seen from the State Water Resources Control Board’s reduction and requirement.”He said private pumping is common outside the city and he said local golf courses are a good example of the kind of private use he’d like to see banned.Some councilmembers appeared open to discussion a more restrictive ban.“Well Dr. Gold talked about this being groundbreaking and I appreciate the irony of our taking groundbreaking action, to prohibit breaking ground to dig a new well,” said Councilman Kevin McKeown. “I am not sure that making this permanent is what staff intended, so I’d like to find out from staff how they would feel about dropping that clause, if that removes some flexibility you anticipated needing or some legal coverage we needed until we have a plan in place.”Council ultimately kept the caveats in the ordinance that could allow private wells in the future after hearing from staff that an outright ban would be less legally [email protected] :city councilNewsshare on Facebookshare on Twitteradd a commentCouncil formally backs Costa Hawkins repeal as part of position statements for November electionSMMUSD discusses substance abuse policy changesYou Might Also LikeFeaturedNewsBobadilla rejects Santa Monica City Manager positionMatthew Hall9 hours agoNewsBruised but unbowed, meme stock investors are back for moreAssociated Press20 hours agoNewsWedding boom is on in the US as vendors scramble to keep upAssociated Press20 hours agoNewsCouncil picks new City ManagerBrennon Dixson20 hours agoFeaturedNewsProtesting parents and Snapchat remain in disagreement over child protection policiesClara Harter20 hours agoFeaturedNewsDowntown grocery to become mixed use developmenteditor20 hours ago